Few have led lives as remarkable as Colleen Barrett. As many strive to learn from her and follow in her footsteps, perhaps the best place to start is at the beginning—by examining the life of the remarkable woman herself. 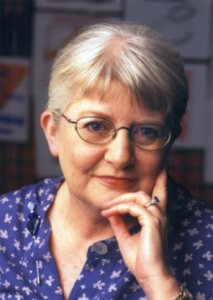 It’s no secret that much of the success of Southwest Airlines® centers on its People-first Culture. Colleen Barrett built a Culture at Southwest® that treated every Employee like Family. A concept often admired around the world, but rarely replicated. For almost 50 years, it has inspired tremendous loyalty from Employees and Customers.

Prior to joining Southwest in 1978, Colleen worked for several years as an Executive Assistant to Southwest Founder, Herb Kelleher, at his law firm. Colleen oversaw management, Leadership, and budget responsibilities for a variety of areas/groups. She was a member of the Southwest Executive Planning Committee and chaired numerous special Teams, task forces, and committees relating to Internal and External Southwest Customers. Colleen also became the first woman president in the airline industry when she assumed the role in 2001. Her influence on the unique Culture of Southwest since the very beginning is indelible, and she is beloved by the Southwest Family.

Colleen has been a driving force and is credited for developing Southwest’s Legendary Customer Service, which became the gold standard not only for airlines but for many customer-facing companies. She was notorious for writing letters back to Customers, sending heartfelt notes to Employees when she saw something that impressed her, and so much more.

In 1990, Colleen had the vision to start the Companywide Culture Committee with the purpose of inspiring Employees to own, strengthen, and promote the Culture. The committee grew from its original 48 members to more than 350 active members and alumni today and continues to evolve to support more than 104 locations in the Southwest system.

Colleen is currently President Emeritus of Southwest. Prior to stepping down as the Company’s President on July 15, 2008, she oversaw management, Leadership, and budget responsibilities over the following areas/groups:

Colleen is divorced; has one son and one grandson. Throughout her career she was active in numerous civic and charitable organizations, and has served on several business advisory boards and commissions.

The Transport Workers Union National President Jim Little announced on behalf of local TWU 550, 555, and 556 that, in an unprecedented action, Colleen Barrett was now an honorary lifetime member of the TWU “In grateful appreciation of [her] career of fairness and support for the unionized workers at Southwest Airlines. We love our workplace due to [her] efforts.” (December 2008)

Board of Directors of the Foundation for Women’s Resources

Board of Directors of the Dallas Hearing Foundation

The Ken Blanchard College of Business-Advisory Board

Board of Trustees Becker College

Board of Directors of JCPenney Company, Inc.

Board of Directors of the Better Business Bureau of Metropolitan Dallas, Inc.

Sign up to receive the free Colleen C. Barrett Institute Roundtable event: Lessons in Customer Service from some of the World’s Most Loved Brands. This event was filmed in September 2021 with leaders from Southwest Airlines, Drury Hotels, and Chick-fil-A, discussing what makes legendary Customer Service and how to leverage a Culture of Hospitality to win and keep loyal Customers. You will also receive regular updates from The CCB Institute, including information about future events and offerings.